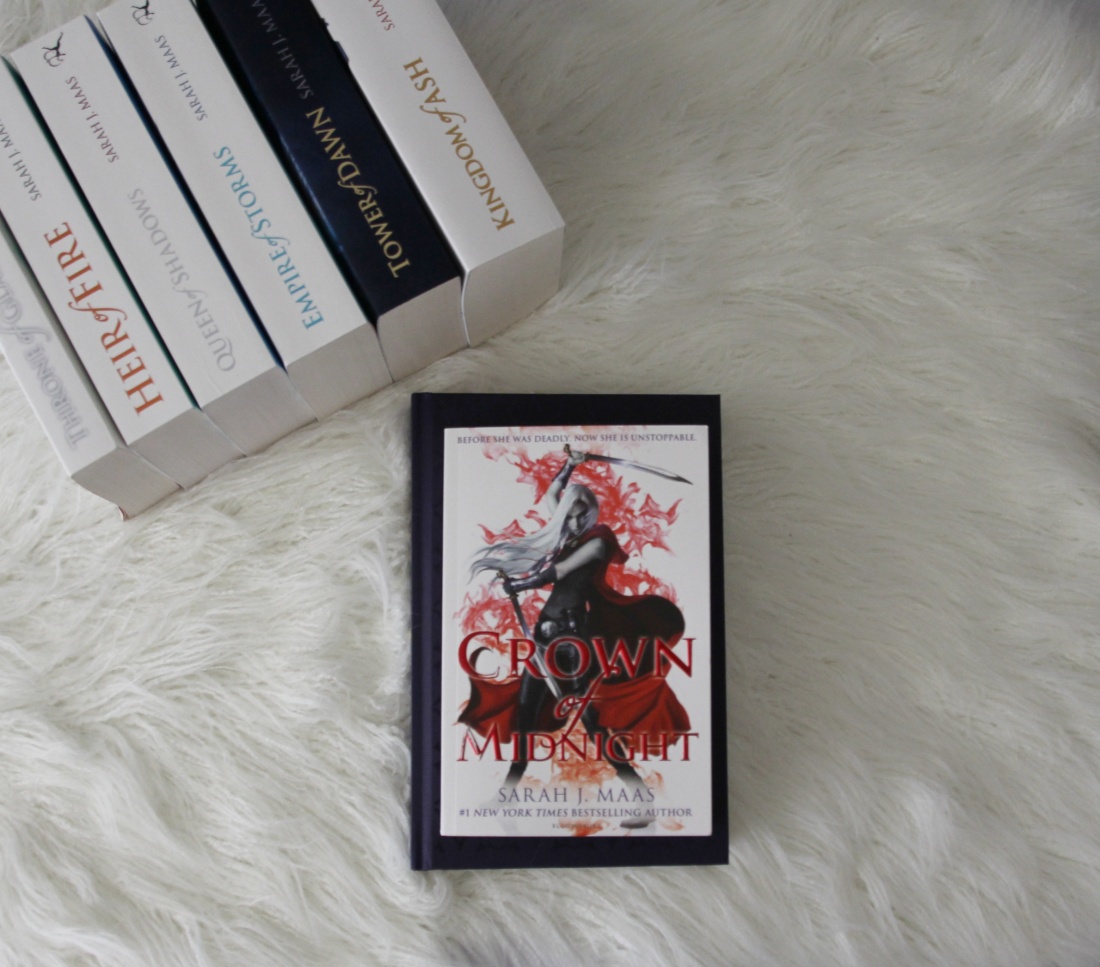 A line that should never be crossed is about to be breached.

It puts this entire castle in jeopardy—and the life of your friend.

From the throne of glass rules a king with a fist of iron and a soul as black as pitch. Assassin Celaena Sardothien won a brutal contest to become his Champion. Yet Celaena is far from loyal to the crown. She hides her secret vigilantly; she knows that the man she serves is bent on evil.

Keeping up the deadly charade becomes increasingly difficult when Celaena realizes she is not the only one seeking justice. As she tries to untangle the mysteries buried deep within the glass castle, her closest relationships suffer. It seems no one is above questioning her allegiances—not the Crown Prince Dorian; not Chaol, the Captain of the Guard; not even her best friend, Nehemia, a foreign princess with a rebel heart.

Then one terrible night, the secrets they have all been keeping lead to an unspeakable tragedy. As Celaena’s world shatters, she will be forced to give up the very thing most precious to her and decide once and for all where her true loyalties lie… and whom she is ultimately willing to fight for.

What a sequel! I felt like I was on the edge of my seat watching an action packed movie. Following on from Throne of Glass, Crown of Midnight took me on a ride to Adarlan, where the secrets within the palace walls are rife and the magic is dark. Celaena, as the King of Adarlan’s assassin, is to kill whomever the King commands. Her reluctance to kill for him influences her decision to fake the deaths of those on the King’s hit list.

I love that this book gave further details of the characters’ backstories and each character is becoming stronger. There were new and interesting characters introduced, wjo have information that will change the course of the novel completely. Yellowlegs is by far the creepiest character, yet sends Celaena down a path she will no doubt follow in the future novels.

The love triangle continues, yet I found myself becoming slightly annoyed by it. Although, the romance at the beginning of the novel is strong and I found myself hoping for a happily ever after moment where Celaena would ride off into the sunset with her love.

The twists and turns in this novel were unexpected and there were many emotionally charged moments. I felt the sadness and despair, as Calaena’s world was again turned upside down. I am excited to read the next book!